Deprecated: strtolower(): Passing null to parameter #1 ($string) of type string is deprecated in /var/www/staging.sportslumo.com/wp-content/plugins/wordpress-seo/src/generators/schema-generator.php on line 186

He was also a 3-time heavyweight state champ in 4A wrestling. He also played in the 2008 U.S. Army All-American Bowl.

Robert Quinn born on May 18, 1990, is an American football defensive end for the Chicago Bears of the National Football League (NFL). Quinn attended Fort Dorchester High School in North Charleston, South Carolina, where he played for the Fort Dorchester Patriots high school football team. As a senior, his season was shortened after undergoing brain surgery for a benign tumor. Quinn made a full recovery and was able to resume his football career. He registered 54 tackles, 10 tackles for loss, 5 sacks and 21 quarterback hurries before the surgery.

He was also a 3-time heavyweight state champ in 4A wrestling. He also played in the 2008 U.S. Army All-American Bowl. Quinn attended the University of North Carolina at Chapel Hill, where he played for the North Carolina Tar Heels football team. As a freshman in 2008, Quinn started 12 of 13 games, recording 34 tackles (6.5 for losses) and two quarterback sacks, and forced two fumbles. As a sophomore in 2009, Quinn had 52 tackles and led the ACC and was 15th in the country in tackles for losses with 19.0 and was second in the league and 16th in the nation in sacks with 11.0 sacks.

Already in April 2010, Quinn was regarded as one of the top prospects for the 2011 NFL Draft. Despite sitting out all of his junior seasons, he was still projected to be a top-10 selection in January 2011. His stock slightly dropped after the combine, projecting him at No. 11 in early March. The St. Louis Rams selected Quinn in the first round (14th overall) of the 2011 NFL Draft. Quinn was the second defensive end drafted in 2011 after J. J. Watt (11th overall). Throughout training camp, Quinn competed to be a starting defensive end against long-time veteran James Hall. Head coach Steve Spagnuolo names Quinn the primary backup defensive end to start the season.

Robert Quinn signed a 5-year contract with the Chicago Bears on March 18, 2020. The contract was worth $70 million with $30 million guaranteed at signing. Quinn received a $3 million signing bonus, along with full guaranteed salaries in 2020 and 2021. Quinn earned a $12.5 million roster bonus on March 23, 2020. The roster bonus was fully guaranteed at signing, per CBA will be pro-rated over the contract. Quinn can earn $100,000 workout bonuses in 2021-2024. Quinn restructured his contract on October 8, 2021, converting $4.55 million of his salary into a bonus. The move created $3.412 million in cap space for the Bears. Quinn’s cap number will increase by $1.1375 million in each of the next three seasons.

Who is Robert Quinn's wife?

Robert Quinn married his beautiful fiancée, Christina Quinn in 2013. However, less is known about this beautiful wife of Robert Quinn. Quinn’s mother, Maria Camacho, is from Trujillo Alto, Puerto Rico. Quinn is the brother of Olympic gold medalist Puerto Rican hurdler Jasmine Camacho-Quinn. On December 20, Quinn was selected to his third Pro Bowl. On January 2, 2022, Quinn recorded his 18th sack of the season during a Week 17 game against the New York Giants, which eclipsed the Bears’ previous single-season franchise sack record (17.5) set by Richard Dent in 1984. Quinn finished the season with 18.5 sacks, just short of his career-best of 19 he set back in 2013. Quinn was named 2nd team All-Pro by the AP. 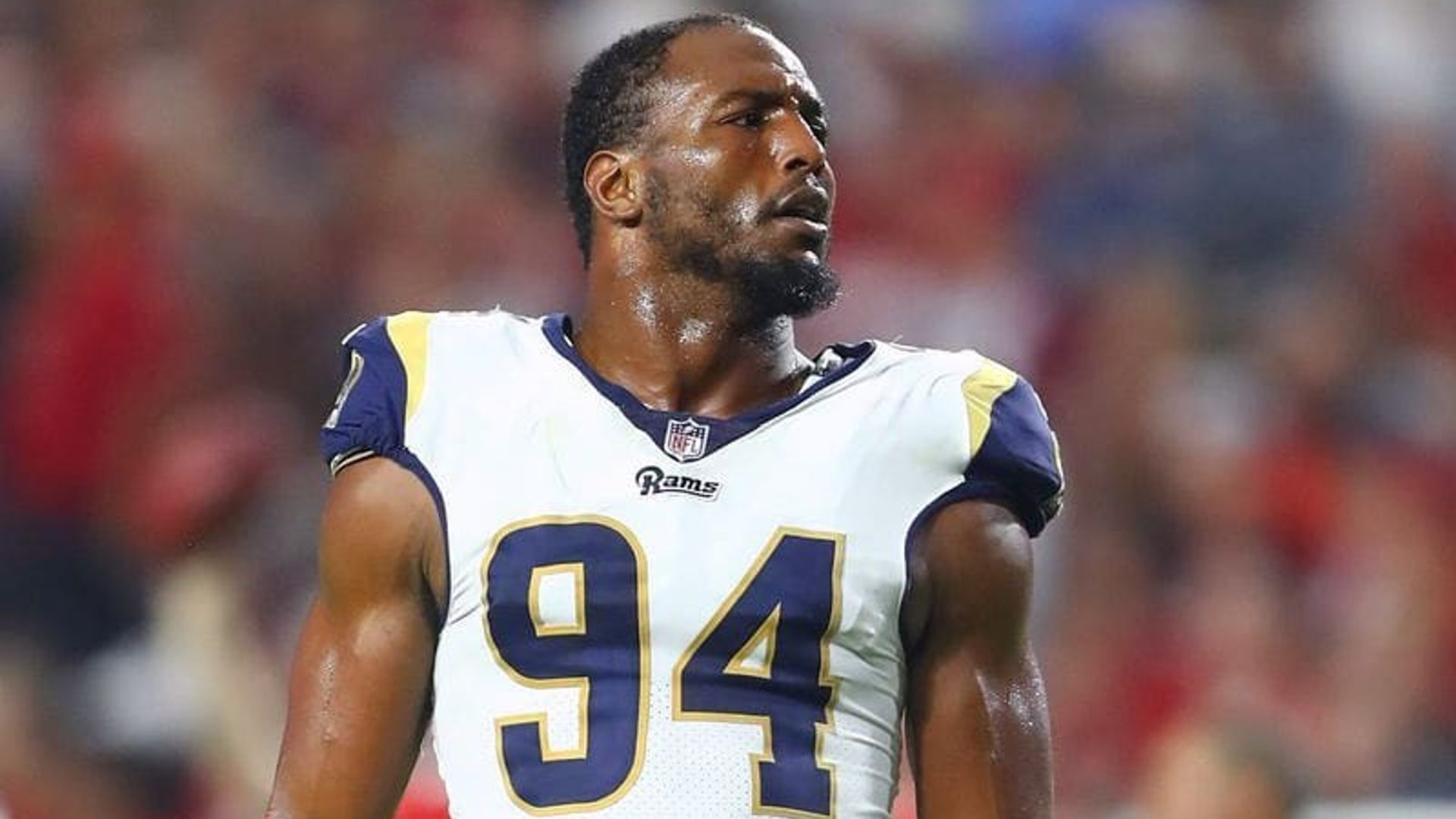 Marlon Humphrey During his tenure, he won a silver medal

Joey Browner Browner was the first-round draft pick a

Gary Zimmerman In the past, Zimmerman played for the Lo